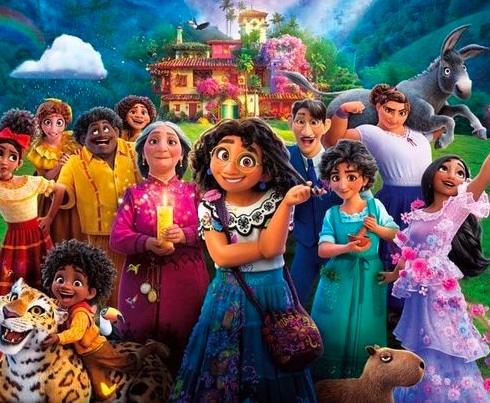 Too-long-didn’t-read-summary: if we only fixate on giving people what they like, we’ll miss the chance to give them what they don’t know they love yet.

We know a Disney “I Want” song when we hear one. The princess (literal or otherwise) stares at the horizon and sings about the life she wants. By the end of the song, she’s taken her first steps toward getting it. Think Elsa, building her ice palace while singing about freeing herself from her past. Think Moana, singing about how far she’ll explore as she sets sail. Disney do these to a strict formula that sells Halloween costumes and Disney Plus subscriptions by the boatload.

Except Let It Go never made it to number one. And the Disney song from Encanto that has just topped the charts, in both the US and UK, is… erm…

Well, it’s a spooky salsa number sung by 20 different people about Bruno, who isn’t one of those 20 people. It’s a bogeyman song for comic effect, except for the bit when a minor character’s totally-unrelated romance arc invades for a verse and a half. It is, like the rest of the film, very hard to classify.

And Disney’s first number one since Aladdin and Jasmine “I Want”-ed at each other on a flying carpet 30 years ago.

It’s not like Encanto doesn’t just have an “I Want” song. It has three, and they’re all pretty good, objectively. It doesn’t hurt that every song in the book is written by the incredibly talented and inhumanly-prolific Lin-Manuel Miranda (the Hamilton guy). But therein lies my suspicion as to how this has happened. Picture the scene.

“Lin” says big Disney wig, “We’ve genetically engineered a movie with three “I Want” songs, and we’ve hired you to make ‘em all hits. Go sell us some lunchboxes.”

“But Big Disney Wig”, says Lin-Manuel, “If the whole movie’s about wanting stuff, does anything ever happen?”

“Not really, it’s going to confuse the hell out of folk,” says BDW, “But the little girls love the “I Wants”. Go write some for ‘em.”

Lin-Manuel has a little think. I imagine a twinkle in his eye, because it’s Disney.

And the rest is chart-topping history. It does feel like he had fun writing it, throwing in countless Latin musical influences on top of each other, changing tone and mood line-to-line. His enjoyment has clearly been infectious. It’s probably sold a few lunchboxes in the 5-year-old-cash-drain demographic, but to judge by the song’s success on Tik-Tok, this was the track everyone could find something to love in.

And that’s the point. Disney got their “I Wants”, in triplicate, but it turns out the audience only really got what they wanted when the artist did his own thing. It’s an interesting message to us in the industry of commissioned creativity. If we do only what’s expected of us, are we doing everything we can?

How we respond to creative content, whether it’s a movie or a piece of corporate graphic design, is unpredictable. There’s so much subjectivity that it can be tempting to play safe; to decide that ten people finding something acceptable is better than seven of them loving it, but the other three not finding it quite to their tastes. Is that sensible though? It’s the ‘love’ group that acts, that buys, that shares. Seven of them is worth a hundred-strong of the ‘yeah it’s fine’ brigade.

Working in healthcare creativity, I’m not making a case to willingly upset or provoke. We operate in a delicate sector where it’s important to observe sensitivities and context. But you only need to leaf through the advertising in any medical journal to see how often we sense-check ourselves past the point of common sense. Doctors and patients go home and watch Encanto with their five-year-olds too. They want to be excited, delighted, surprised as much as anyone. They’re ready and willing to love our work.

So next time the designer adds a left-field concept into the mix, or a copywriter takes an unexpected tonal shift, maybe see how it tests. After all, these poor creative types have spent their whole lives doing what’s expected of them, following the rules, while yearning all the while to express themselves, to be seen for who they can be…