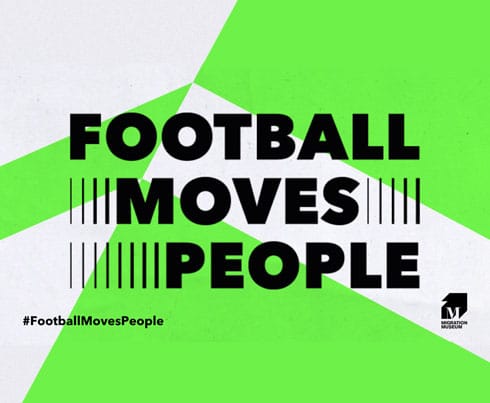 Wonderhood Studios created a series of graphics for the Migration Museum Project to show how something as open and accessible as the game of football would be worse off without migration.

With the vast majority of this concept focussing on typography, it’s super simple in its execution. The aesthetic recalls some of the great early football management games of the late 80s and early 90s, such a Sensible Soccer or PES.

There’s also a clever use of subverting expectations to make a point, specifically the adjusted/redacted England scoreline without Raheem Sterling’s goal. 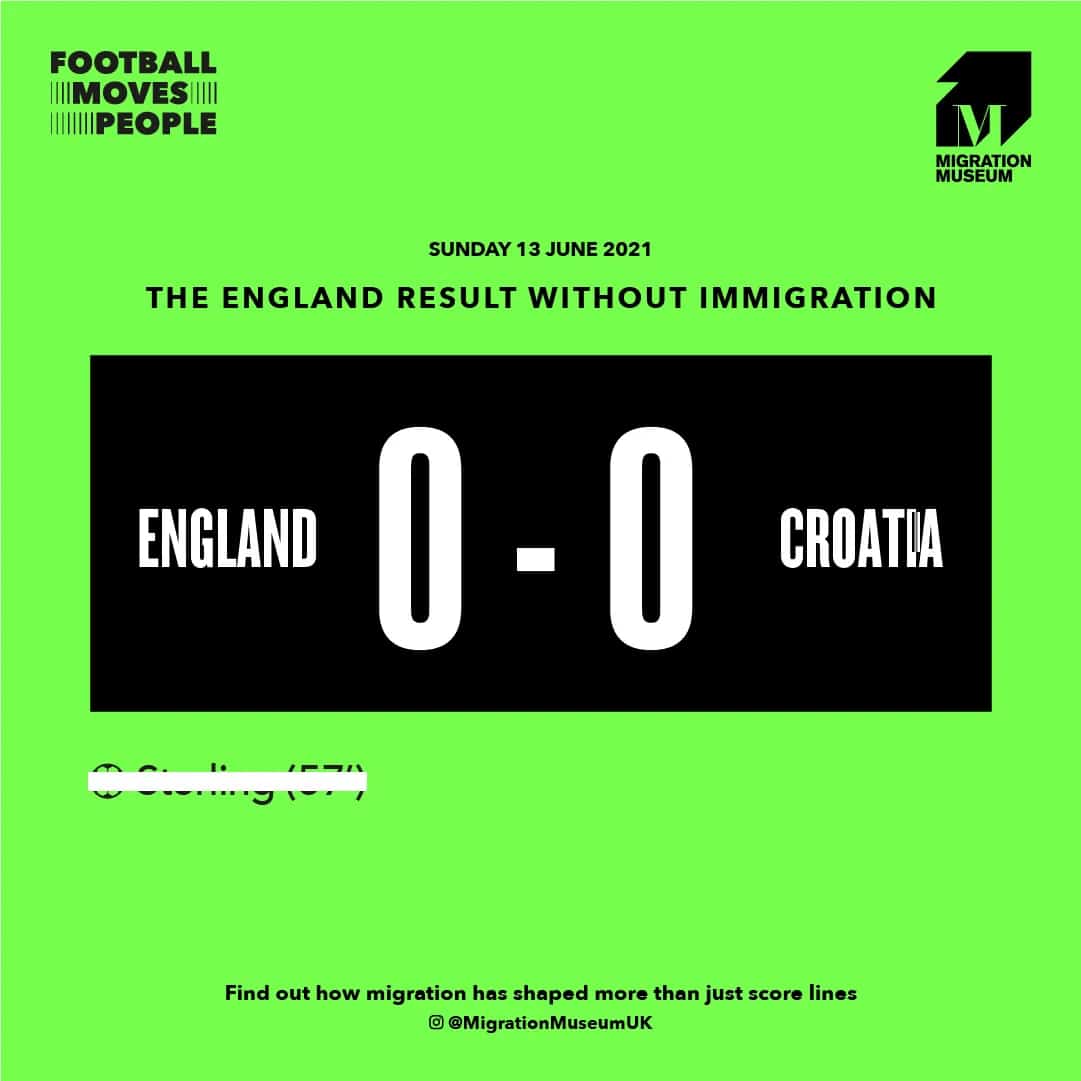 Excellent Use of Colour

You can’t argue the visuals are eye-catching, especially with the use of bright Pantone green, offset by black and white text. The designers have also cleverly incorporated the colour palette from each player’s immigration history, providing an immediate identifier as to their origins. 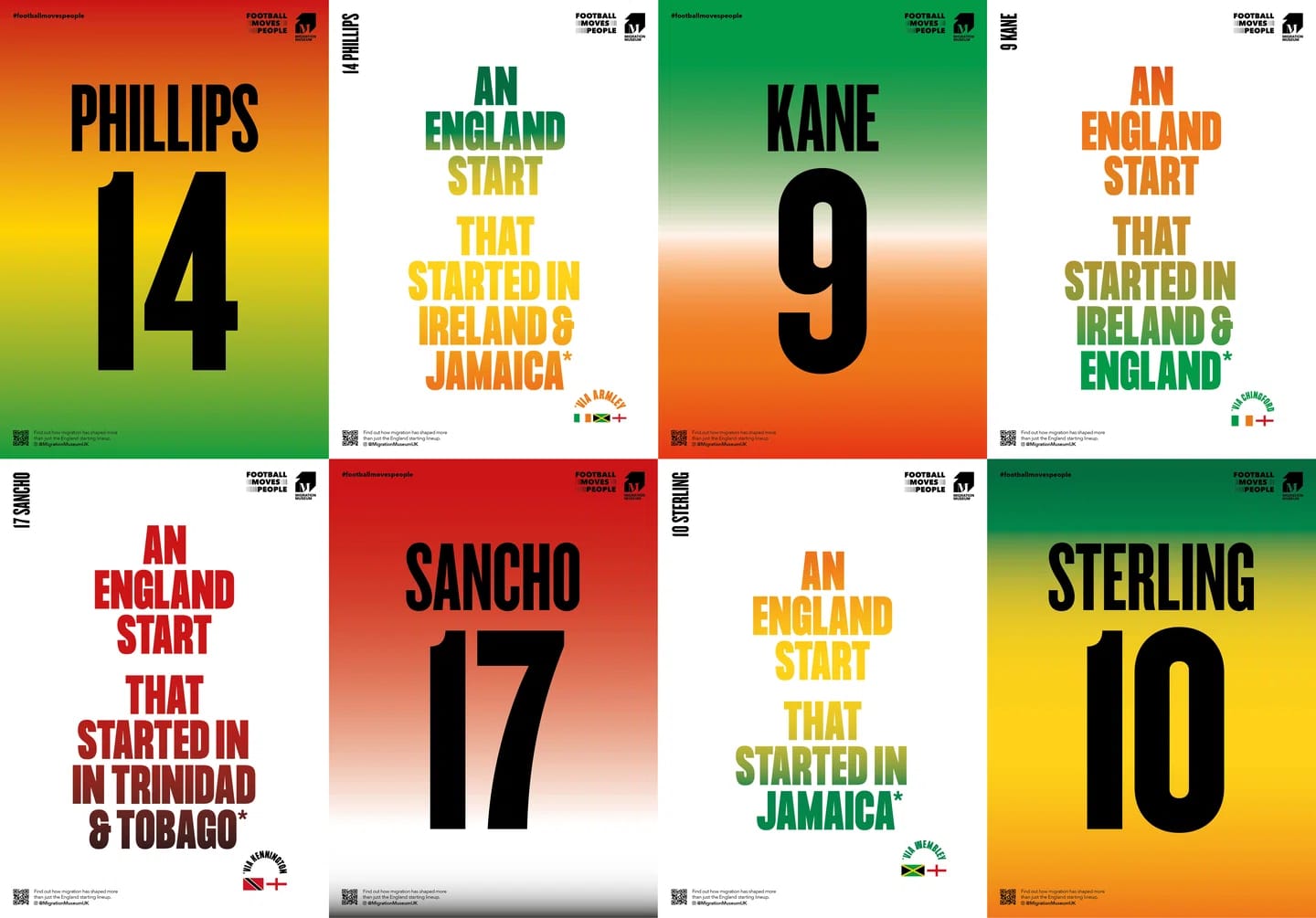 If redacting players’ names will draw even 1% of people who are otherwise anti-immigration into changing their mindset and having a conversation, then the campaign has done its job. 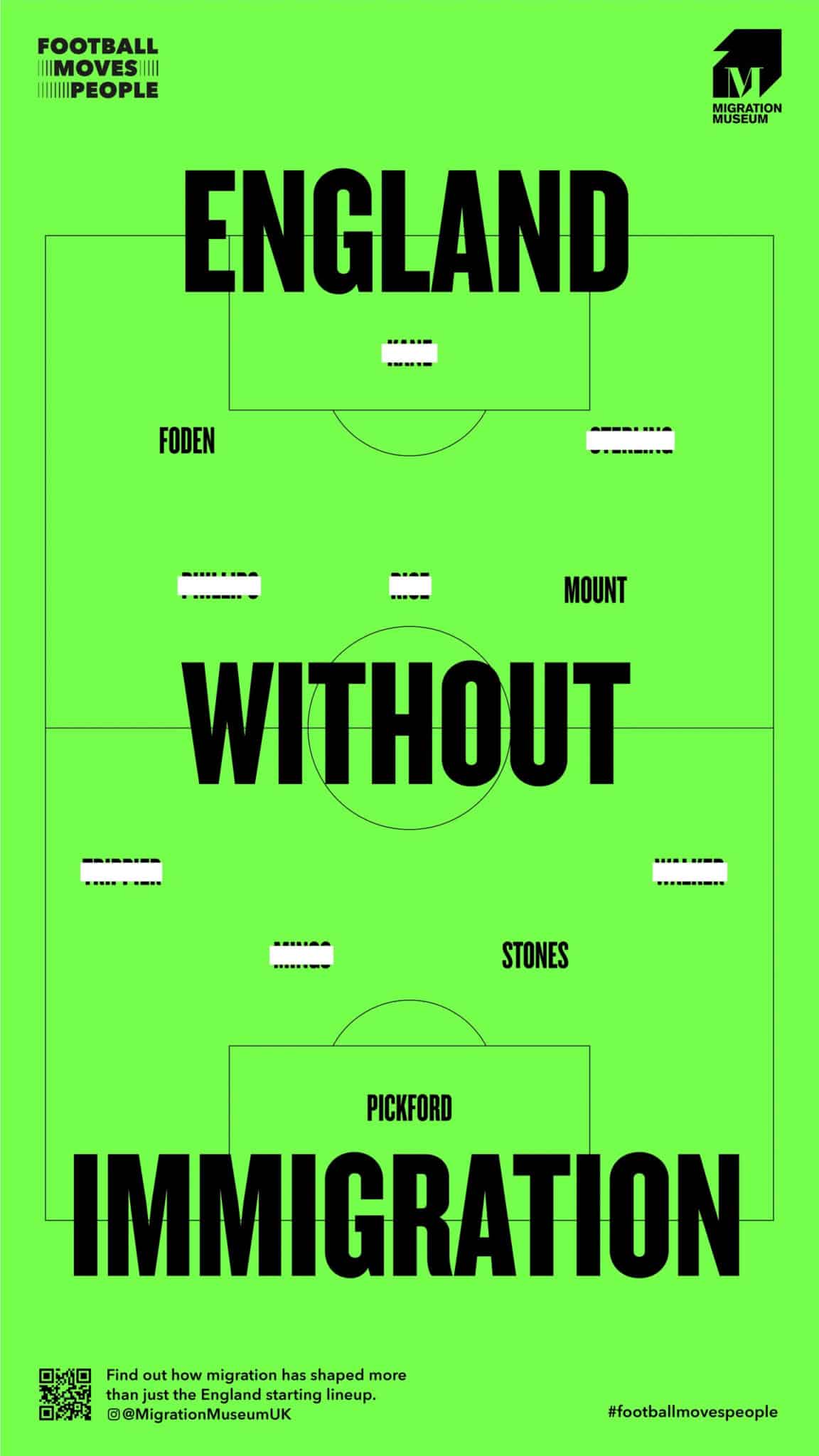 Out In The Public

Bringing the campaign into the real world helps sell the message, especially the use of social/public spaces such as the shopfront in Lewisham to celebrate local footballers from varied backgrounds who’ve played for England.

Although not directly linked to healthcare, the whole Football Moves People campaign is about showing acceptance and compassion and thus making the world a nicer place to live. 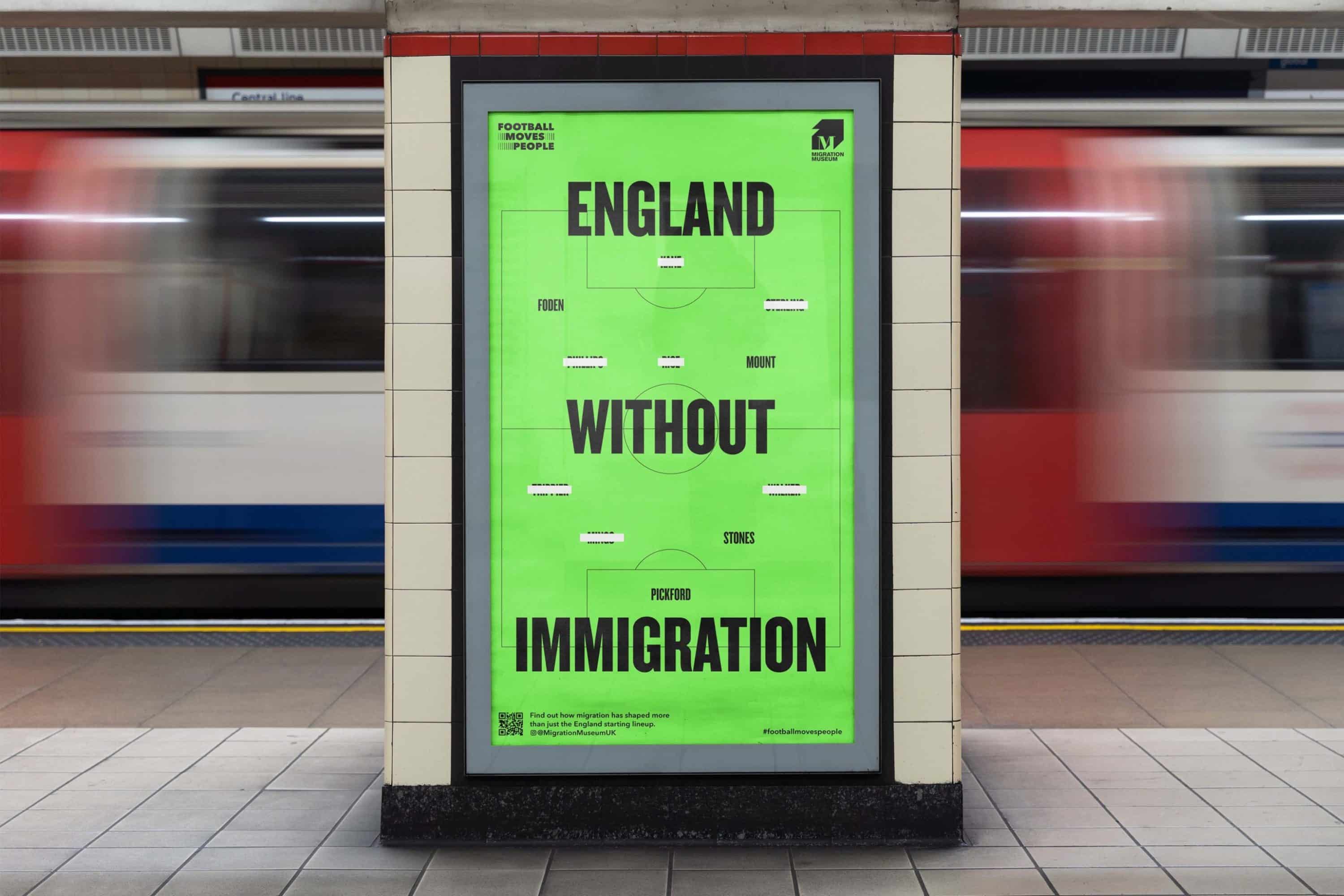